Swartt deserts the horde for a more promising horizon, feeling superior to Bowfleg.

A young male badger is found and captured by Swartt and his band of vermin. 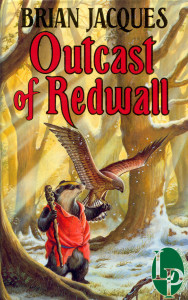 Unnamed Seasons Later – Day 1 - Skarlath the kestrel (previously pinioned to a tree by snow and ice) and the badger escape from Swartt Sixclaw. Sixclaw vows to find and slay them one day.

Day 2 - The badger is renamed “Sunflash the Mace” by his newfound friend.

The two families offer the hospitality of their home to Sunflash and Skarlath, who dealt with a number of foxes plaguing them.

Three Seasons Later – Day 1 - Swartt returns to Bowfleg’s camp, offering him gifts, two of which are a flagon of rare wine and a chalice lined with poison.

Day 2 - Nightshade the Seer arrives at Lord Bowfleg’s camp to find the old ferret dead in his tent and, as planned, “foresees” that Swartt should become Warlord of Bowfleg’s now “leaderless” horde.

Swartt becomes their new commander. They embark from the wastelands.

Day 2 - Nightshade returns with evidence of lush land to the southwest.

Day 3 - Swartt and his army set off for the southwest. They are observed by Krakulat (whose mother was slain by Nightshade and her protectors) and his crow spies.

Days 4-6 - Sunflash receives a vision of his father, Barkstripe, his grandsire, Boar the Fighter, and his great grandsire, Lord Brocktree, refusing him entrance to Dark Forest. Bella, Sunflash’s mother, appears to him in a dream. He is informed of Salamandastron and it’s need for a Badger Lord.

Upon entering a swamp, Sunflash is tricked by Smerc the newt and is trapped in the center of the swamp. Skarlath rescues him. They meet Folrig and Ruddle the otters.

Sunflash and the two otters set off together toward the sea and Salamandastron.

Krakulat and the Crow Brethren strike at Swartt’s camp, but are thwarted.

A confrontation between Balefur the fox and Swartt takes place.

Days 9-11 - Balefur gains more notoriety amongst the hordebeasts and often opposes Swartt, but Sixclaw won’t challenge him for fear of losing.

Nightshade returns with news of a river to the west and a snake-filled quarry to the southeast.

Day 12 - Nightshade convinces Balefur that she has betrayed Swartt. She tells Balefur of treasure hidden in the quarry.

Balefur, with two other foxes, depart to find it. They arrive at the quarry and are trapped by a nest of adders.

One Season Later - Bluefen, wife of Swartt, gives birth to a ferretbabe and dies shortly thereafter.

One Season Later – Day 1 - Skarlath arrives at Redwall with news of Swartt and his horde headed straight toward the Abbey. The feast of the Redwall Heroes is held.

Day 2 - Swartt is ambushed by a small army of woodlanders led by Redfarl and Sumin the squirrels, Skipperjo the otter, and Jodd the hare.

The ferretbabe is found on the ground and it is decided that it should be taken to Redwall when they return.

Day 3 - The woodlander army returns to the Abbey.

Bryony adopts Veil, the ferretbabe, as her responsibility.

Unnamed Seasons Later - Swartt encounters and battles a group of marsh toads and reptiles. His horde is the victorious party, but is severely depleted.

Unnamed Seasons Later - Captain Zigu the Corsair ferret and his crew join forces with Swartt, strengthening the horde once more.

Days 2-5 - Skarlath departs and searches for help in Mossflower.

Day 6 - Myrtle the hogwife is poisoned.

The Redwallers plan a trap for the culprit.

Day 7 - Veil is caught as the culprit and is held prisoner.

Sabretache, the Long Patrol Captain, challenges Zigu and defeats him. Log-a-log and his shrews, Folrig, Ruddle, and Firdance the squirrel, as well as an army of otters and squirrels arrive at Salamandastron to help.

Veil is declared an Outcast for nearly killing Myrtle and is exiled from the Abbey.

Days 9-10 - Bryony leaves Redwall in search of Veil, followed by Togget the mole.

Togget catches up with Bryony and they set off together.

Veil is captured by Brool and Renn, two foxes.

Day 11 - Bryony and Togget rescue Veil from the foxes.

Veil runs away and continues toward Salamandastron, heading downstream on a floating log.

Duddle and Tutty Pollspike, the hedgehogs, meet Bryony and Togget and agree to take them toward the sea on their raft-like vessel. The river that Veil’s log flows on branches off into a dangerous slipstream ending in a waterfall, which he follows absently while asleep.

Wraith, a mottled, nearly invisible, weasel gains entrance into Salamandastron but is hit accidentally by an “otter rockcream cake” thrown by Porty the hare. He falls out a window and perishes.

Sunflash stages a major assault on Swartt and his horde. Combat follows. Swartt retreats in defeat.

Bryony and Co. find out about Veil’s predicament from Ilfril, an ill-tempered bankvole, and they part waysÑBryony and Togget following the slipstream and Veil, while the Pollspikes continue downstream.

When Bryony and Togget arrive at the waterfall and try to climb down the sheer rockface, the falls catch them and throw them down.

Skarlath dies from a poison-tipped arrow shot by Nightshade.

Day 13 - Bryony and Togget find Veil who traps them in a tunnel.

Veil meets his father, Swartt, who is being pursued by Sunflash and the Long Patrol hares.

The inhabitants of the mountain attack Swartt and his forces. Lord Duskskin, leader of Bat Mountpit is injured.

Bryony treats his wounds and Duskskin guides Sunflash to the top of the mountain where Swartt stands, battling the bats.

Bryony attempts to set Sunflash free, but is intercepted by Swartt.

Veil jumps in front of a javelin intended for Bryony.

Days 14-17 - Wounds are tended and the dead are buried by the shores of Bat Mountpit.

Sunflash decides to follow Bryony and Togget back to Redwall so he may finally meet his mother, Bella.

Days 18-21 - Rockleg, Fleetrun, Sunflash, Bryony, and Togget travel eastward, toward the river, where they meet with they Pollspikes once again. They set off toward Redwall Abbey.

Unnamed Seasons Later - Sumin returns to Redwall from the battle at Salamandastron, informing all the Abbeybeasts about the great victory.

One Day Later - A huge feast is prepared in anticipation of the honored guests.

The Pollspikes’ raft arrives near Redwall, met by the woodlanders, the Lingl-Dubbo families, and Elmjak, the squirrel.

Mother meets son as Sunflash enters Redwall, celebrating with Bella and the whole Abbey for the joyous day.