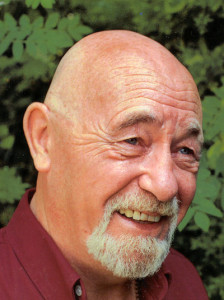 With The Long Patrol, I have tended to make pages more book oriented, with trivia, stories, reviews, contests and other features. All the while, I neglected to share my views of one of the greatest storytellers ever, Brian Jacques.

With The Redwall Series, Mr. Jacques has weaved a great tapestry detailing the adventures of unlikely heroes such as Martin- son of Luke, Matthias, Mattimeo, Sunflash the Mace, Mariel, Tammello De Fformello Tussock, Dannflor Reguba and many others. He has created a world so interesting and real, that he has earned a following of readers all across the globe who come back again and again to journey into the world of Mossflower Country and surrounding area. But, credit should be given where it is due. This club, and the series which it is based on, could not have been possible save for the genius of Brian Jacques.

Mr. Jacques has “done everything” in terms of careers. Truck driver, longshoreman, stand-up comedian, even hosted his own radio show on BBC Radio Merseyside (Jakestown). However, no matter what he did, I am grateful the day he first put pen to paper, began chronicling the events of the marvelous place, Redwall Abbey, and entranced readers with the exploits of Matthias. He did not write the story to be published, as most do. He wrote it merely to entertain a school for the blind and provide joy to it’s listeners. Yet, published it was, and it marked the start of a wonderful series of books, pure examples of the creative mind of Mr. Jacques.

When I had the opportunity to meet Mr. Jacques during his United States Tour, I was extremely excited, and somewhat nervous. I was mere minutes away from meeting my favorite author and the man whose series I enjoyed so much that I had devoted nearly all of my spare time into running a club in its honor. When he arrived at the bookstore, however, I was rushed through, being first in line. I got my book signed, then it was the next persons turn. Determined not to walk away without a picture, however, I waited. I waited until everyone had gone. I had the opportunity to see Mr. Jacques sign the last persons book, and I was immediately impressed at how jovial and nice he was, even after staying an extra hour and a half to make sure everyone’s book was signed. Not only that, but he allowed me to have my picture taken, as well as hold a short conversation. That experience stands foremost as one of the most exciting I’ve ever had.

With his simple approach to storytelling, he has weaved a wonderful series that continues to impress readers with each new book. From Redwall to Marlfox, and to future books such as The Legend of Luke and Lord Brocktree, Brian Jacques continues to satisfy his readers thirst for more adventures in the land of Mossflower and has truly earned the title of Master Storyteller.

~Martin the Warrior~
-President of the Long Patrol
August 15th, 1998